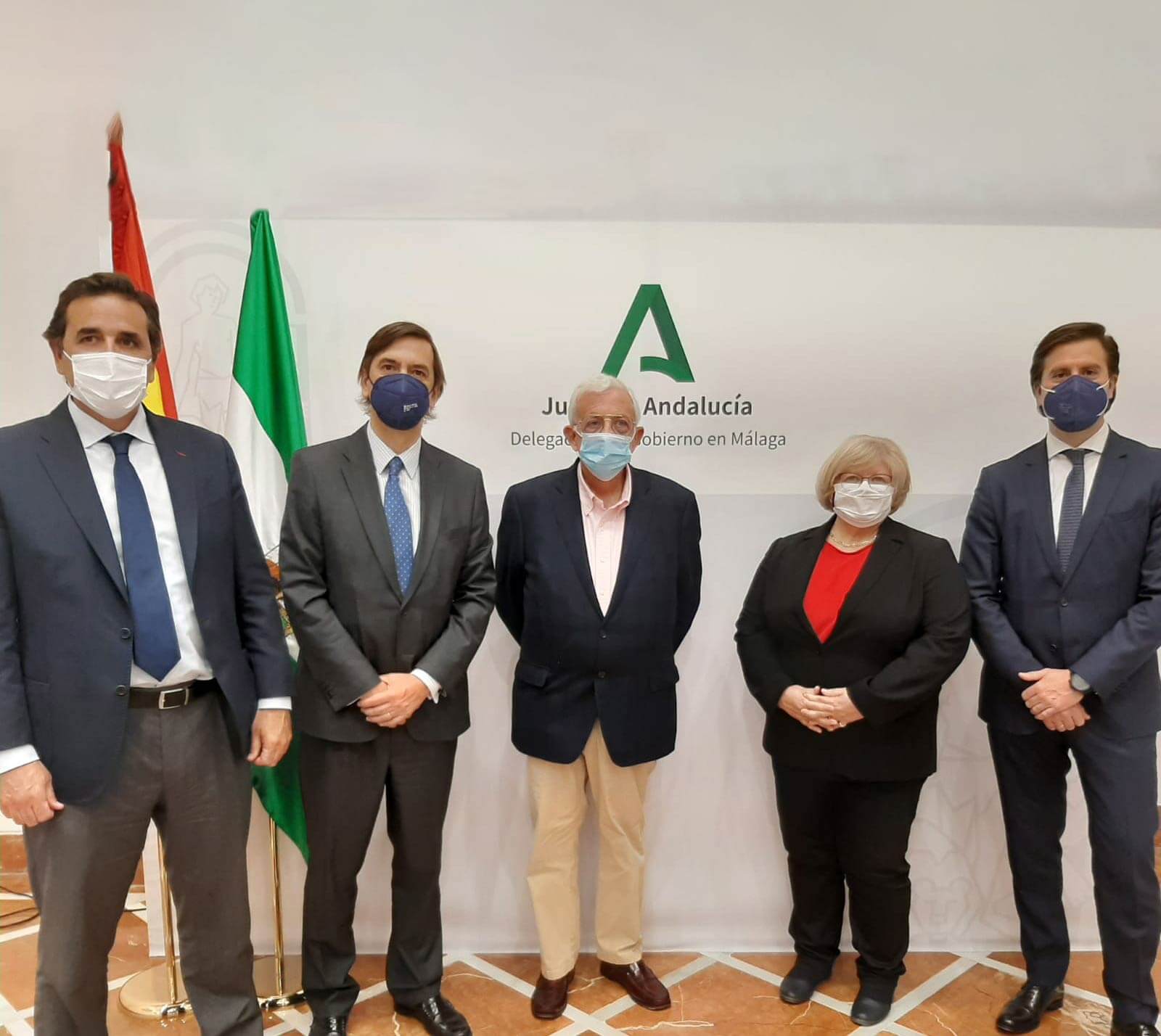 By psda-JMichel12 May 2021No Comments

The Puerto Seco park in Antequera (PSA), a large-scale development complex located in the south of Andalusia, has just been granted a 15 million euros equity loan from the GED. This project, with its ideal location, direct access to major transport networks and sustainable energy dimension, is positioned as the first XXL Energy Positive park in Europe. The funding received from the GED will be used to develop the first phase of this large-scale plan. The total budget for the development of this first phase is 35 million euros.

The GED is an investment fund that manages more than one billion euros per year, of which 200 million euros of European funds are granted to the region of Andalusia. Amongst this sum, the dry port of Antequera has received 15 million euros to support the phase 1 of its project. The signing of this equity loan took place on Monday 10th of May in Malaga in the presence of representatives from the GED, IDEC GROUP and PSA. This event was followed by a meeting at the head office of the Government of Málaga with the delegate of the Government of Andalusia and the Minister for Tax and European Finance.

Puerto Seco Antequera (PSA) is presented as the new XXL logistics and industrial area of reference in Europe. Its prime location in the south of Spain, in the heart of the Andalusia region, allows it to take advantage of its privileged proximity to the ports of Algesiras, Málaga and Cadiz, which form a strategic crossroads for trade, thanks to the surrounding rail corridors and Atlantic and Mediterranean axes. The program offers an important mix of activities, combining logistics, industry (including agribusiness) and various infrastructures. This park is also part of an innovative environmental approach, aiming for energy autonomy and limited carbon footprint.