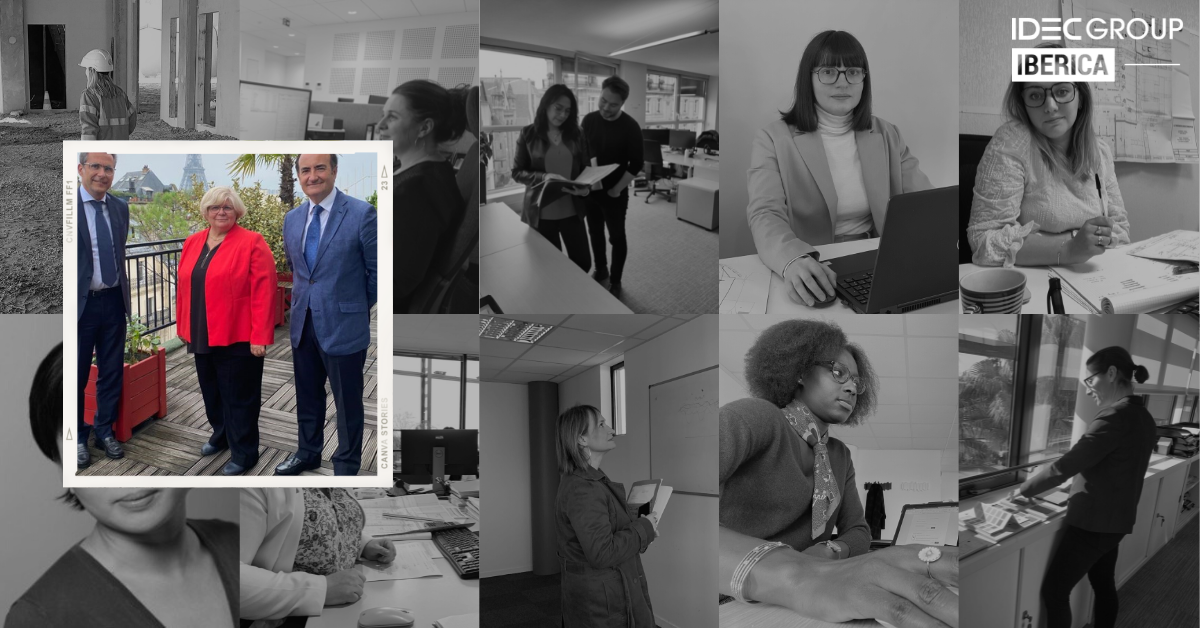 By Yuanyuan Li8 March 2022No Comments

On the occasion of International Women’s Day celebrated on March 8, Maite, BUSINESS DEVELOPMENT DIRECTOR in Spain at IDEC GROUP IBERICA agreed to answer our questions.  Maite joined the company in 2005 and has been working full-time at IDEC GROUP IBERICA since 2017. She follows the evolution of the Group and helps it in its development in Spain. 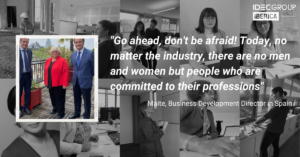 Can you please tell us about your job and your main missions?

I am in charge of the public institutions relations with which I defend our projects and I try to ensure that elected officials support us. I also take care of the land searching and its marketing, our first project in Spain: Puerto Seco d’Antequera, which is the first XXL green park in southern Europe.

Learning. I learn every day and we are in a fast changing world, it is a privilege to  work for innovative projects.  We adapt to the world and working in this enriching environment.

The environment in which you work is rather masculine, what differences do you think a woman can bring to this environment?

I would say that the intuition and the natural common sense that women have is perhaps the nuance between the work of men and women. There is also the desire to work. When you reach a certain level, women are required to work much more than men and you have to get more involved. As soon as you decide to start a career, just go for it, you go all the way and you work hard. 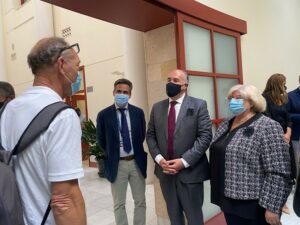 What would you say to women who want to do your job?

I will simply say to them, “Go ahead, don’t be afraid.” Today, no matter what the field, there are no men and women but people who are committed to their professions. You have to give your best to achieve what you want to do.

What advice would you give to a young woman entering the working world?

That she loves her profession is the most important thing. Work should never be a chore. I get up in the morning and I’m happy to go to work and meet people. When you love your job, it changes everything.

Which female figure inspires / admires you?

There is a woman I admire enormously because she proves that everyone can do what they want if they give themselves the means. This woman is Angela MERKEL. For me, this is the example of a woman who was born in the Democratic Republic of Germany, in a communist country and who ended up managing one of the most powerful countries in the world while remaining humble. We are used to elected officials who, when they come to power, forget where they come from, but she never forgot, she always remained humble and simple.

Finally: a few words about the IDEC GROUP?

Today, for me, working within the IDEC GROUP is a privilege. Patrice Lafargue is a visionary who works for future generations and is very involved. I have known him since 2005 and have always worked with him as a person and not as a man or a woman. Because the IDEC GROUP works with people and I am proud to be part of and to belong to a Groupe that is based on intangible values that are valid over time.